While I've gotten back to in-person gaming recently, my enthusiasm for painting has waned a bit, and I haven't gotten that much done since the last update. 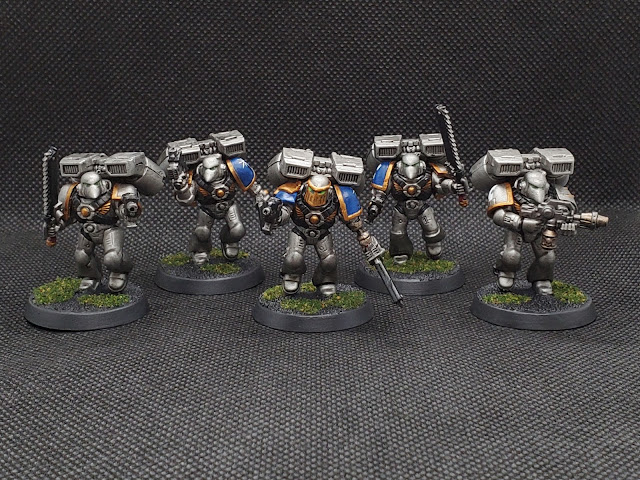 My Astral Claws force for Squadhammer continues to grow. These Assault Marines can quickly traverse the battlefield using their jetpacks, and they're deadly in close quarter assaults. 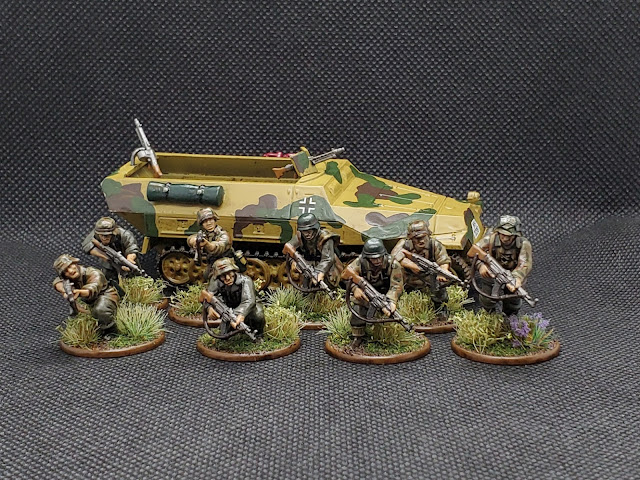 A while back I was gifted a Warlord Sdkfz 251 half track and an infantry sprue. While putting together the halftrack was simple, I decided to turn the infantry sprue into an assault rifle squad. I can either use this squad on its own in Bolt Action, or filter the models individually into the more historically accurate squads I've already built for additional firepower. 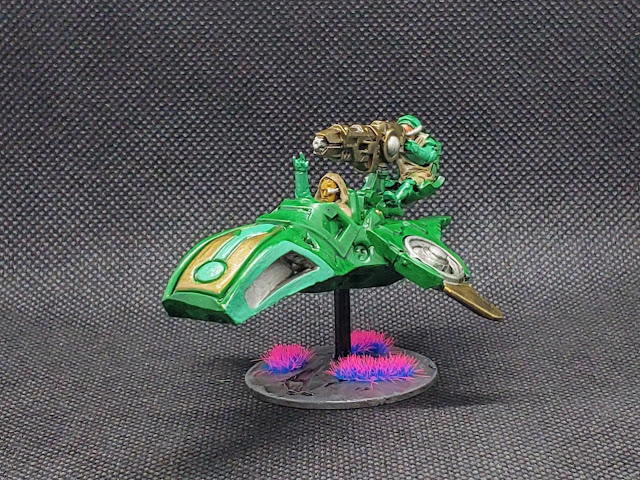 I also tried to get back into my Gates of Antares project. While previously painted miniatures got tossed in alcohol to strip, I tried a new scheme on this Freeborn attack skimmer.

I'm not entirely satisfied with it, but hopefully the scheme will coalesce as I chip away at other units.